The city's museum, which has been transformed from Korakesium to today's Alanya, and described as a settlement founded by Strabo of Amaseia on a steep rock in the mountainous Cilicia region, has been open for visit since 1967. Its Project was drawn by the architect İhsan Kıygı. It was a museum exhibiting archaeological and ethnographic artefacts from its first opening until 2012 and a renovation work was carried out by the Ministry of Culture and Tourism in 2012.

At the starting point of the exit to Alanya Castle, the entrance to the museum in the city centre is on Damlataş Street.

The museum is designed with an appropriate fiction for the history of Alanya and its surroundings. In addition to exhibiting chronological Anatolian Civilizations in the entrance hall, there are also thematically arranged halls such as Ship and Maritime, Heracles, Alanya Castle and Coin (Money in Ancient Age). The displays named under Religion and Mythology, Trade in Antiquity, Sports-Health, Figurines, Glass Works and Jewellery are taking place in the main hall. In the entrance corridor, the history of Anatolia, Alanya and its surroundings is told in four display cases chronologically in the light of work of arts. In the same corridor, Laertes dated to 625 BC., Roman bronze diplomas and other inscriptions are also exhibited. The hall located at the end of the corridor was organized as the Ship and Maritime Department. In this section, maritime terms describing the ship development, a coating that has ship graffiti on, brought from a house wall in Alanya Castle due to the information of measurement units, a bronze Pegasus that is a part of a ship found in ancient city port of Antioch and Cragum of Gazipaşa province, fishing Eros mosaic brought from Syedra ancient city port settlement revealing the variety of fish in Mediterranean, embossment with ship belonging to the memorial grave of Trajan, amphora found in undersea and a naval cannonball belonging to Abdul Hamid period, are being exhibited. Passing through a moving shipyard-sea image, it is possible to take the ship wheel and make an interactive journey at the port of Alanya. Heracles, being a symbol of the Alanya Museum, is exhibited in a separate hall, alongside a stage mosaic where Hylas is kidnapped by water nymphs. The bronze statue of 52 centimetres in height was made with hollow casting technique and it is dated to 2nd century BC. Heracles is depicted with a ferula in one hand and a lion skin in the other.Passing through the large hall, in this section of Alanya Castle, the artworks revealed from the excavations carried out in İçkale section of Alanya Castle, which is the most protected example of Anatolian Seljuk Castles, the star tile where the titles of Aladdin Keykubad are written, and the lead seal found in Karaköy Castle that has a portrait of Aladdin Keykubad, are exhibited.In the Coin Section, it is possible to see coins belonging to different periods and cities in the region.It is possible to see the inscriptions in Karaman language, which shed light on the recent history of Alanya, displayed in the works of art with the message "Love was always there" when the direction arrows in the museum are followed.In the gallery section of the museum, it’s possible to see the ostotheks (ash boxes), an agriculture corner that defines an olive atelier in its garden, column heads, Islamic inscriptions and grave stones, and the marble sarcophagus with garland and Eros found undersea in Okurcalar Neighbourhood of Alanya province.

In the open display of the large hall, it is possible to see grave steles, sculptures and ostotheks.

In children’s activity room at the entrance of Alanya Museum building, you can do puzzles and join various activities with your children. 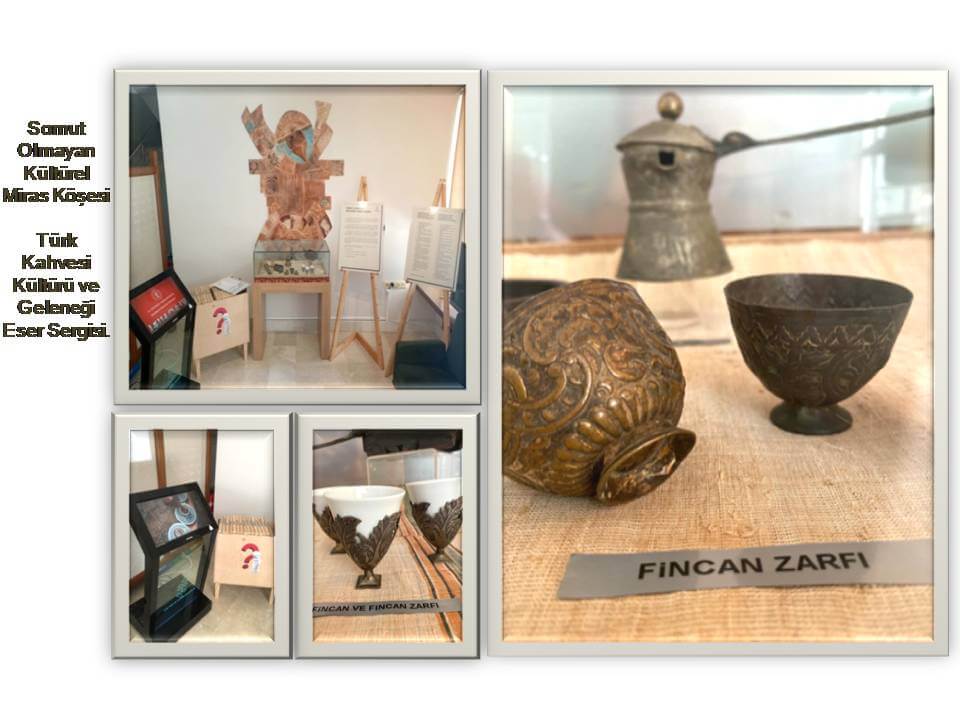