Kars Military History Museum of the Caucasus Front, which is registered in Kars Province, Merkez Örnek Mahallesi, block 476, plot 514, in the area of responsibility of our Kars Museum Directorate, has functioned as a unit affiliated to the Kars Museum Directorate with the approval of the General Directorate of Cultural Heritage and Museums, dated 30.09.2017 and numbered E.198488. In Kars Military History Museum of the Caucasus Front, there is the War Installation room built to commemorate our Martyrs' journeys to eternity, the Historical Documentary containing information about the wars on the Caucasian Front, the Lamentation and Letters section written by our soldiers, the Martyrs' Way built in memory of our Martyrs in Sarıkamış, and Infirmary, Operating Room, Ward and Kitchen sections enriched with silicon sculptures, where the daily life of the officers and soldiers who participated in the wars in that day's war conditions are animated. There is the Museum Collection section where movable ethnographic works are exhibited, the Snow Installation section, which was built in memory of the soldiers frozen under the snow in Sarıkamış, the Interaction Area with information kiosks, and the Promotion Hall, where there are panels introducing local historical figures such as Cihangiroğlu İbrahim Bey and Kurt İsmail Pasha, and especially Gazi Mustafa Kemal Atatürk, important military figures such as Gazi Ahmet Muhtar Pasha, Kazım Karabekir Pasha, and Halit Pasha, who shape our recent history on the Eastern front. The White Wagon, which was used by Kazım Karabekir Pasha during his two years as the Corps Commander between Kars and Erzurum, is also on display. It was given as a gift to Kazım Karabekir Pasha, the 15th Corps Commander, by the Russian military delegation who came to Kars city for the 13 October 1921 Kars Treaty in the garden of Kars Military History Museum of the Caucasus Front, which has a total open area of 7000m² and a closed area of 1200m². 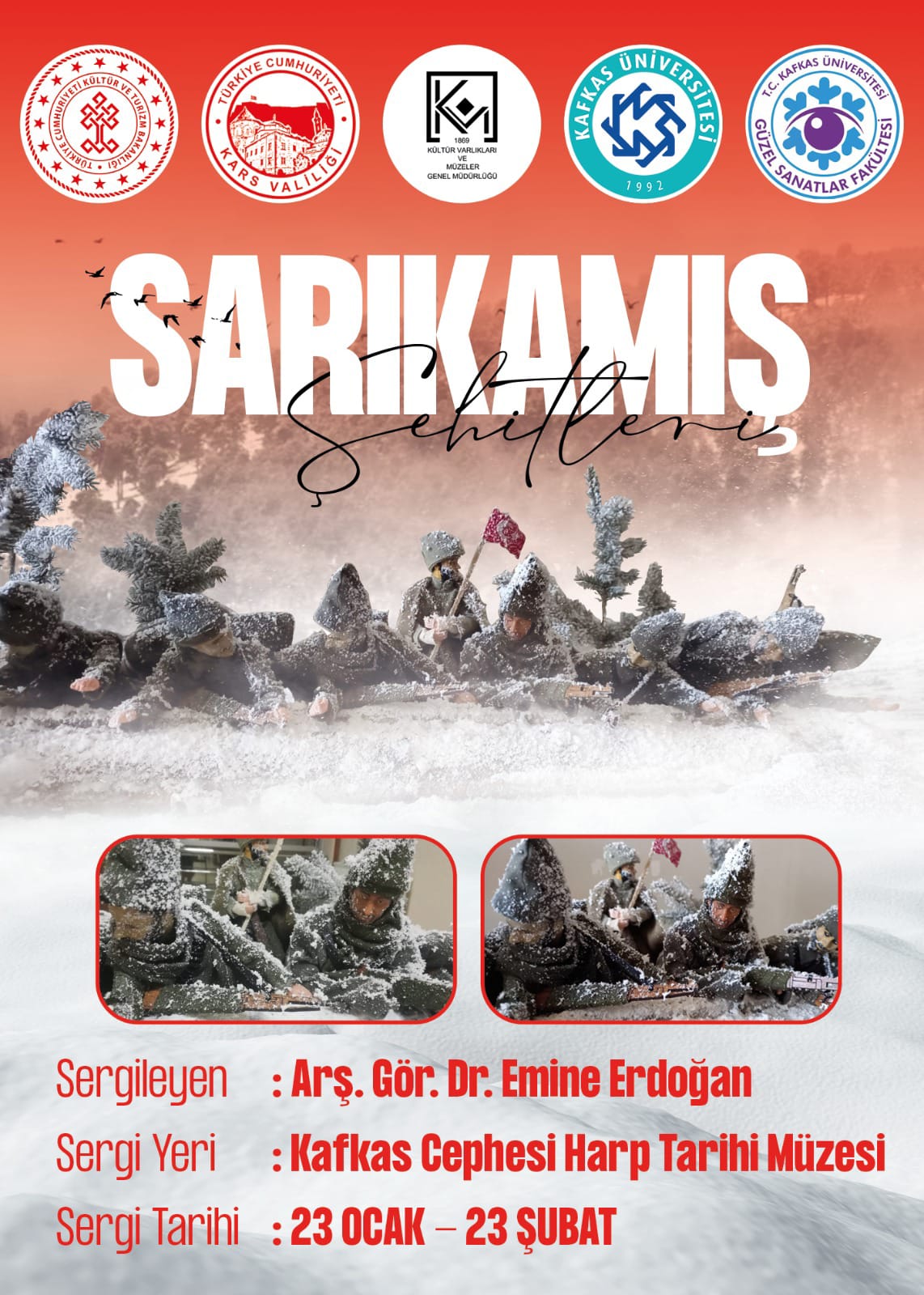